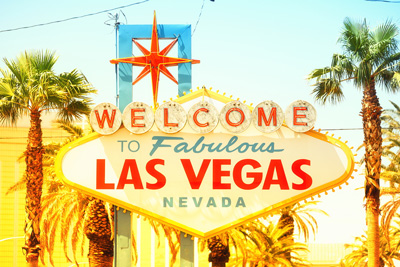 1959 A SIGN OF THE TIMES – Las Vegas was in the golden age of black ties and evening gowns, late night lounges and the famed “rat pack” with Frank Sinatra, Dean Martin, Sammy Davis Jr., Peter Lawford and Joey Bishop. Las Vegas was billed as the city that never sleeps and was a Hollywood showcase of the who’s who and where they might be seen. The post war boom of prosperity allowed people a chance to experience the finer things in life for themselves. Las Vegas capitalized on all the glitz and glamour, with shady characters posing as front men, while actually being run by mob figures out of the back. As the Nevada Test Site conducted its research a few hundred miles to the north, the fallout of nucleur explosions in the form of mushroom clouds, could be seen from the hotel swimming pools. This was Vegas!

As a way to increase the city’s visibility to the weekend visitors, the leaders of Las Vegas decided to erect a sign to read “WELCOME TO FABULOUS LAS VEGAS NEVADA” as a marquee to the growing number of vehicles flowing into the desert playland. Back then the sign was just another Las Vegas light – now it’s the light of Las Vegas and how the times have changed. 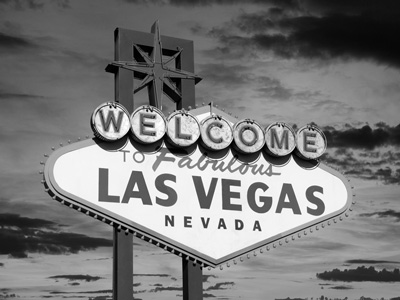 EARLY LAS VEGAS – Las Vegas was home to the Paiute Indian tribe, it was discovered by Spanish explorers in 1829 and is a Spanish phrase meaning “THE MEADOWS”. It was an alternative route to California, bypassing the difficult mountains to the north and the dangerous Apache territory in the south. First developed by Mormon settlers as a farming community due to the abundance of natural springs, it was quickly realized by the railroad as a vital halfway point between Los Angeles and Salt Lake City. The railroad auctions of 1905 created the township of Las Vegas and built an ice factory to refill the boxcars of perishable California goods going east. In the 1920’s it was possible to order a drink and have it served over crushed ice, something that was unheard of back then, and was unavailable for hundreds of miles in any direction. Only in Las Vegas! With the construction of Hoover Dam in the 1930’s Las Vegas later became a gateway for visitors who wished to view the Dam. 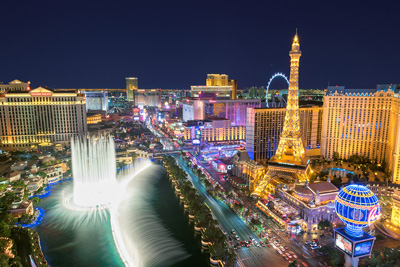 MORDERN TIMES – The “Welcome To Fabulous Las Vegas” sign which has greeted millions of visitors over the years has miraculously survived in a city that continues to recreate itself over and over again. Gone are the names and casinos of old because in Las Vegas when casinos age and become dated they blow them up to rebuild bigger and better. Initial casinos like the Stardust ( where the movie “Casino” actually played out in real life) are no longer here. Who could forget the Castaways where bets were made on where Skylab might fall back to earth (odds on it hitting Las Vegas was 1 in a million). Resorts with names like: The Dunes, Marina, Sands, Landmark, Hacienda, El Rancho, Thunderbird, Desert Inn, Alladin and the list goes on, are gone forever. Today only the “Welcome To Fabulous Las Vegas” sign remains as an image of that bygone era and is a city landmark. It is an iconic image of the Las Vegas lifestyle and vibe and is used to promote everything the city has to offer.

Las Vegas has become known around the world as the “City of Lights”, “Sin City”, and “the Entertainment Capital of the World”, and you haven’t really made it, until you’ve played in Vegas. Las Vegas is also second in the world for weddings hosting on average 365 a day and is home to 8 out of 10 of the worlds largest hotels with fine upscale shopping, five star chefs, chic clubs, outdoor activities, sporting events, beautiful weather and of course the who’s who of nightly entertainment!